As told to Diana Whitney

At first, I thought it was a hemorrhoid. I experienced a lot of itching and found blood in the toilet consistently for a few months. “This is not normal,” I thought. So I went to see my gynecologist, who had actually informed me years ago that I had HPV.

She did a vaginal exam and said, “Everything’s fine.” Then she did a digital rectal exam, and I kind of jumped.

“Wow, that really bothered me,” I told her.

“Well, the anus and the vagina are close together,” she replied. She reassured me that I was fine, but I knew that something was wrong. I could feel this thing I thought was a hemorrhoid getting angrier. I remember sitting in Pilates class with my legs straight out in front of me — it felt like I was sitting on something.

The next day I went to my gastroenterologist. I’d had a gastro doctor since I was 40, because my grandmother had colon cancer and I’d been getting colonoscopies. I told him what I was experiencing, and he said, “OK, we’re going to do the most embarassing test ever right now.”

Then he did an anoscopy, where he inserted this tube with a light into my anus to view the tissues. When he was done, he didn’t look at me. “We need to do a sigmoidoscopy tomorrow,” he said.

After we did that procedure, he told me I had a malignant tumor. The good news was that it was treatable.

So I looked at my watch and said, “All right, let’s do this.”

We followed up with a CAT scan, an MRI, PET scans, many different tests. I learned it was Stage 2 cancer. I never cried or got upset about my diagnosis, although I was in shock. I knew I had to move forward and focus on getting rid of the tumor. I treated it like something I needed to remove, almost like a wart.

I tacked a sheet on my bulletin board charting the days of radiation that I had to get through. It was a standard 28-day treatment, plus oral chemo. Every day when I came home from the hospital, I would cross off a day. At Sloan Kettering, I always had my friends with me. I’m not married, but I have a strong group of friends. They kept me company, supported me and asked any questions that I missed. The providers ended up calling us the Real Housewives of Sloan Kettering!

The first time my oncologist walked into the room, I thought, “Oh my god, is this my doctor?” He looked like he was 12 years old. But he was so good and always listened to my questions. I’ll never forget when I was getting fitted for my custom cast — which keeps you in the exact same place every day for radiation — he came over and rubbed my shoulder, asking, “Are you OK?” That gesture meant everything.

My doctor warned me that the treatment wouldn’t be a walk in the park. At the beginning I wouldn’t feel anything, he said, but toward the end it would get rough. I was OK for the first three weeks — I would walk across town to the cancer center. Then it started to get worse. I was in a lot of pain and had extreme burning when going to the bathroom. I lost my appetite. I stopped walking to the hospital and needed a special “doughnut” to be comfortable sitting down.

I stayed very positive throughout my whole treatment. I told myself, “When I’m done with this, I’m having a big party.”

It was a very fun night. We had toilet paper centerpieces, an ass pinata, goody bags with hemorrhoid cream and a big cake in the shape of an ass. It was hysterical! My comedian friend, who’s very dirty, performed a set. We played ’70s and ’80s music, and to my surprise, the doctors were the last to leave.

Now we’ve been traveling around the country together for over a year, speaking at conferences and summits about what we’ve been through in an effort to save lives. We’ve formed a strong bond — there is no one else I would want to do this important work with. I am so honored to call her my dear friend. 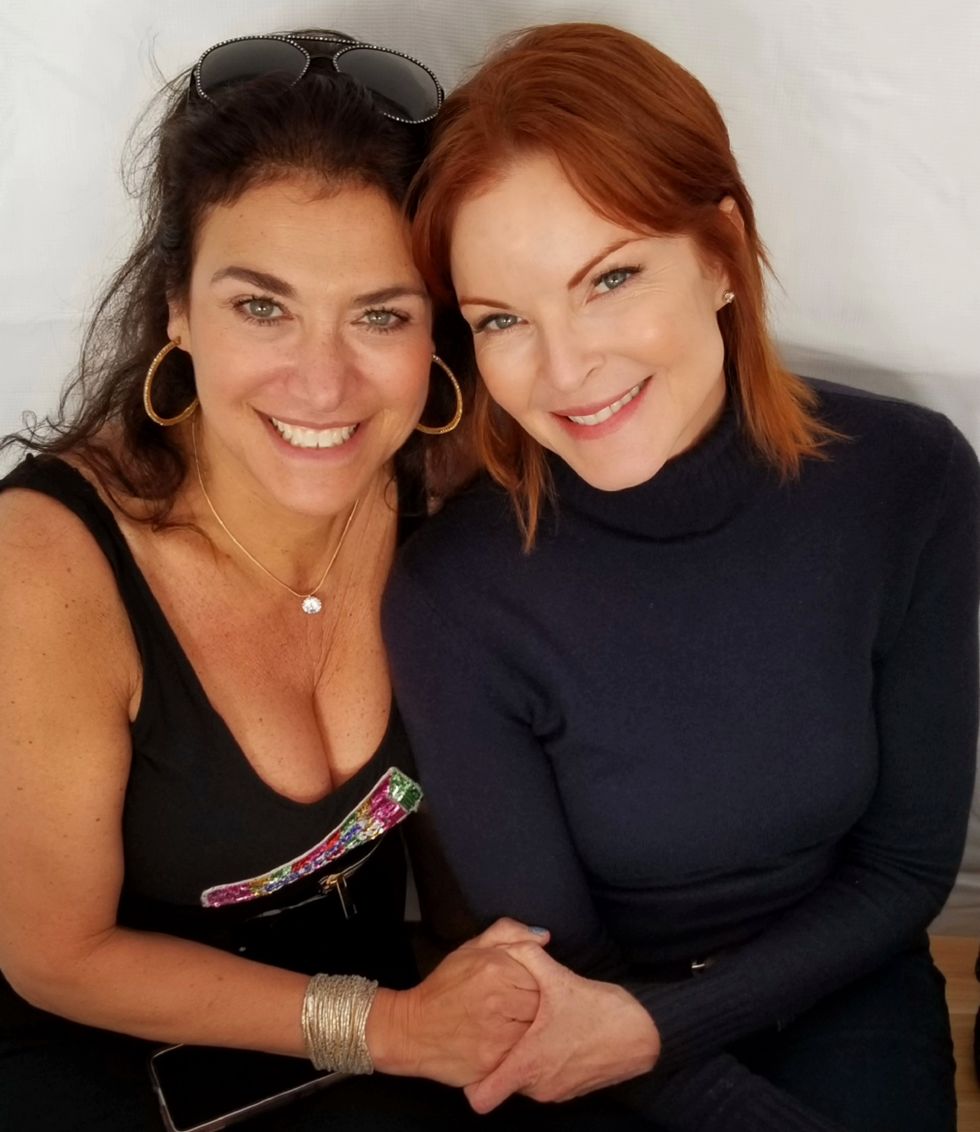 I realized how much we needed to raise awareness about this common disease, so I created the HPV Alliance, a nonprofit organization dedicated to filling in gaps in consumer and provider information. There’s so much misinformation out there about HPV, even though it’s one of the most pervasive viruses in the world. When a woman has an abnormal pap smear, it usually means she has HPV, according to Dr. Stephanie V. Blank, a gynecological oncologist on my board at the HPV Alliance. I believe women should always ask about their diagnosis, because often doctors don’t state it.

I’ve learned you can have HPV even if you’ve only had one partner. You can get it through open mouth kissing, because it’s a virus and not necessarily transmitted through sexual contact. I’m dedicated to spreading knowledge and saving lives through education, HPV prevention, and detection of the seven cancers.

I told her, “Listen, you need to say what it is. Saying it helps people learn, relate and be vigilant about their own health.”